It doesn’t matter what stage in life you are at right now. You might be about to leave university or enter it as a fresher. You might already be in pursuit of your dream career on the job market. Or, you might still be in school, with the idea of your career still a distant thought. Whatever your situation, it’s important that you do realize one important fact. The world is more competitive than ever. Getting the job you want has now become a task of fortitude and determination. It’s not an exaggeration to say that you might spend your first year out of college searching the job market. It’s highly unlikely that you’ll get a job you want straight out of university. No matter what your grades are like. But there must be ways to boost your chances right? A way to come out on top and get the job you want as soon as possible. It’s surely plausible that the steps you take early on could alter your possibilities later in life?

I agree, it is. That’s why I’ve put together this guide with all the advice you need to start off on the right track. You might be surprised by what decisions now could benefit you later on in life.

This is a mistake that a lot of people make while they are still in school. They think that their education isn’t important. This is typically because we constantly hear stories of people who never went to college or who dropped out of school. They then went on to become some of the most famous and successful people in the world. Examples include Mark Zuckerberg, J.K Rowling and Michael J Fox. In fact, Michael J Fox is a rare example of someone who made it famous after dropping out of high school. But you have to understand that these people are the exception, not the rule. They also had a clear idea of what they were going to do when they left school, and they had the determination to get it done. So, if you have a clear idea of what your life could be after college and you don’t need your education, you might drop out. Or, you might not bother going to university. It’s a possibility, but you’re in for a rough road ahead. If it doesn’t work then you won’t have any degree to fall back on. However, as I’ll show you further down, a degree isn’t everything, it just helps.

As well as thinking about staying in school, you also have to consider what you want to achieve. Believe it or not, both school and university offer possibilities you shouldn’t dismiss. In your first week of university, you will encounter a number of clubs and social groups that you could join. You might decide not to join any of them, but this would be a mistake. It’s these clubs and groups that will one day look fantastic on your CV when you are applying for a job. It’s a chance for you to build up your team building activities. Or, to encounter new things in the world. If you do none of these things, you’re not making the most of college life. You’ll be starting on the job market at a significant disadvantage to everyone else.

Finally, don’t forget to study. You will get people in life who will tell you that grades don’t matter. Ultimately they are just a score on which people judge your abilities. By the law of averages, most people aren’t going to come out on top in examination conditions. However, like it or not this is how the world works. For the most part, we are judged by what grades we get during education. Now, it is true that as you get older, your grades matter less and less. When you’re twenty-five, you’re not going to be telling employees about the grades you got in school. You’ll be talking about your degree or your post grad. You might even skip grades all together and reflect on your experience. But it’s important to realize that you need the grades to get to the next step. To get to university, you need to do well in school. To get the job you want, you need to do well in university. I hope you see the point I’m making here.

Make Sure You Stand Out

There are lots of different ways that you can make sure you stand out on the job market. Remember, when you’re applying for a job later in life, you’re going to be competing against hundreds, even thousands of people. You have to make sure that the employee wants to meet you because you’re offering something more, something different. It’s all about showing that you have a unique selling a point. You’re bringing something to the table that no one else has. Believe it or not, this can be anything.

I’ll give you an example I read about online. A girl received mediocre law grades in university. When she was applying for a barrister doctorate, she was up against people who claimed better grades in university. She was essentially at the bottom of the barrel. But when the head of admissions saw something on her CV, they immediately wanted to meet her. The item that had caught their attention was the fact that the girl had spent a summer working in Disney World Florida. The admissions directors was a huge Disney fan and wanted to ask her what it was like. After the phone call, she was given an interview and a chance to claim a place. She did. Now, you might say that was just a happy and lucky coincidence. That’s true and by no accounts am I suggesting you immediately sign up for a blister filled couple of months at Disney World. But the point stands. That experience was the girl’s USP, and you need to find yours.

You might want to think about studying abroad, to form your USP. By studying abroad, you will learn new skills and discover new experiences. You will also get a different perspective on your education. Many students take at least one year to study abroad and their CV is better because of it. When they come home, it makes them stand out from the competition.

Or, you could take another degree. In the past, many people said that if you got a 2:2 in university, you’d wasted your time. There was no way you’d get the job you wanted. Now people are saying when you’re in university you need to stick around for a second degree. It’s important that you have as much knowledge in your chosen career as possible. In fact, some people get a degree in two completely different subjects. This can still boost their chances of getting their dream job.

Once you finish your education, it’s important that you put yourself out there. You need to make sure that employees can find you online to get the chance to hire you for their business. Believe it or not, this all starts with social media. You need to be using social media to boost your career profile. You might want to start by setting up an account on Linkedin. There you will be able to build up a profile and a portfolio of work that you have completed. But you can also use Twitter and other social networks to make an impact.

You may even want to set up a blog. Setting up a blog can show an employer that you have initiative and creativity. Using your blog you can write about whatever you want. Although I would suggest, you write about something in relation to your chosen industry. For instance, if you study Law you could set up a blog to discuss new laws and regulations. Or, you could simply use it as a learning platform.

You should also be applying for as many different jobs as you can, particularly in your first year. The longer you are unemployed, the worse it looks on your CV. You need to make sure that you have a job as much as possible, even if it’s not the job you want or even the career. You may think that there is no point in taking on a job that you have no interest in. But you might be surprised to learn that taking on a job you had no interest in can lead to a successful career.

This is often a smart move if you don’t have a degree or never went to university. You can start off at the bottom and rise through the ranks. Even working at a superstore, you could move your way up to become a manager of a department. After that, you could rise to be the manager of the store. It takes time but it is a possibility and could lead to a successful career. At the very least taking on any jobs helps boost your experience levels.

I hope you found this advice useful and find dream career, no matter what stage in life you are at. 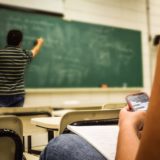 Have You Got What It Takes To Be A Teacher? 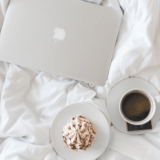 How to Keep Yourself Motivated When Working From Home 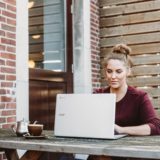 Is There No Light In Sight At The End Of Your Job Hunt?