Urban planning is much-needed discipline in today’s world when the cities are becoming overpopulated and the resources scarce. Its purpose is to find solutions for the use of land and public domains, environmental protection, infrastructure, supply network, and many other segments which make a city functional and operational. Cities not only became too small and needed expanding, but they are usually the greatest polluters in the area. With constant warnings about the global climate change and environmental catastrophes like hurricanes and storms, urban planning became one of the most important fields of creating safe and efficient settlements.

Started in Ancient Rome when the city had almost one million inhabitants, the importance of urban planning was quickly recognized as a perfect measure for various problems in other cities. Population living in urban settlements from 2% of the global population in the 1800s has grown to 51.3% in 2010 according to the data from the United Nations. Urban planning is also the discipline which will help build cities on the Moon or Mars when terraforming eventually starts, and all other settlements whether in space or other planetary systems.

But why is urban planning so important for the big cities and what exactly does it do to shape up the better and environmentally friendlier world? That’s something we are going to address in this article.

The population of the cities is growing due to more work opportunities and better conditions for education, to name a few reasons. In order to be able to accommodate so many people, the cities have to evolve regularly. That’s why city leadership should always develop a framework for urban planning. This framework should predict all the possible needs of the citizens, appropriate expansion of infrastructure and create contingency measures for emergency situations. But the increased number of population is not the only sign of growth. Depending on the city position, the tourism may be one of the main activities or urban agriculture.

Exploiting the resources at hand and through urban planning, the city can develop a strategy to help its economy and increase the livability conditions. Without milestones and goals, the city would be left to come to decisions and solutions spontaneously. Improvement of the justice, transportation and healthcare system, as well as an expansion of residential areas,  can’t be done as a spur of the moment. It requires careful and detailed urban planning so the city could grow responsibly and without negative impacts to the economy and its citizens.

Global warming and terrorism have created serious and dangerous problems for the planet and its inhabitants. Anticipating these events has become the priority in many cities and management is trying to predict all possible scenarios and to create long-term strategies for reaction through short-term actions. City management is entrusted to keep their citizens and visitors safe and protected from all possible catastrophes the world is facing today. Managing risks and seizing the opportunities to change the outcomes for the better is included in all prudent and well-thought through urban planning.

Quality of life is the major concern of the inhabitants of the city. Employment and housing are the major issues for the citizens of the big cities. The cost of living is greater but so are the opportunities. For this to be possible, city management must have policies and regulations in place which will regulate the land use, public spaces and arrangement of infrastructural services. Due to the density surrounding the city centres, all bigger cities are trying to relocate the attention by creating several attractive points of interest. Also, the roads and traffic regulation need to be regularly upgraded and maintained due to the constant increase in vehicles.

As cities grow, so does the economic requirements. Financial measures are one of the main items in the urban planning and if not planned correctly, they can have a devastating impact on the economy. Opening new job positions and reducing the cost of living should be the major issue. The big problem the cities are facing today is the loss of inhabitants due to decreased work opportunities and challenging expenses and living conditions. Another important aspect is the expansion to the neighbouring rural areas. Urban planning includes all the necessary investments and locations for further developments and exploitation of the rural area which will bring profit and economic growth to the city.

Due to the constant advice by the World Health Organisation and other appropriate institutions, the city inhabitants are warned to pay attention to their lifestyle. Urban planning also includes the public spaces like parks and gardens which are intended to create a better environment and provide necessary areas for the citizens to exercise and spend their leisure time. City invests in the companies like Pinkjunk to collect the garbage and unwanted items, so the citizens could have clean and free areas to safely enjoy their time with friends and family.

Cities will always need urban planning. That’s why it is important to use it all over the world and especially in underdeveloped countries. Sewer and clean water shouldn’t be a privilege but something available to everyone in the 21st-century world. Although the cities will always face challenges and unpredicted situations, without urban planning they would fall apart and be damaging to its inhabitants. So officials and management should always be reminded and informed about the underlying issues in the city and listen to it so they know how to implement improvements and changes in the urban plans. 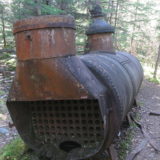 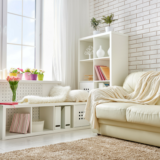 How to Get More Light for Your Living Room

Is It Time You Treated Yourself To A Beautiful New Bedroom?