It’s not uncommon that you may live in a city and still not see and experience all the wonderful things it offers. From museums, nightlife, parks and recreation, your city may be a completely new and exciting encounter for you, one which you will enjoy discovering. As the most populated city in Australia and Oceania, Sydney has more than five million inhabitants and millions of tourists coming its way every year even though it’s one of the most expensive metropolises in the world.

If you are a Sydneysider or a tourist, there are just some places in Sydney you have to see and visit, and we chose these four for you.

Maybe you passed by or saw it in the movies, but the Sydney Opera House is one of the most famous city landmarks. Its globally distinctive features were designed by the Danish architect Jørn Utzon and it took 16 years to build, with the grand opening in 1973 by Elizabeth II the Queen of Australia. The Opera House is located on Sydney Harbour and it hosts over 1,500 performances a year. In 2008 it became a UNESCO World Heritage Site and hosted the 2000 Summer Olympics triathlon events. Jørn Utzon won the Pritzker Prize – the most prestigious and highest award for architecture in 2003 with the Sydney Opera House marked as one of the greatest buildings of the 20th century.

If you want to see this magnificent structure, you can take tours or you can choose to see it as part of the audience at one of the many events held there. There are many Australians who’ve only seen it in pictures or on TV, as well as foreigners who very often put it on their to-visit lists. But even that doesn’t stop over 1.5 million people from enjoying its programs annually and listen to performances of the biggest artists in the world.

The Sydney Aquarium contains more than 700 species of Australian aquatic life and has 14 themed zones including the largest Great Barrier Reef display in the world. It was opened in 1988 and accounts for 55 percent of all visitors who come to Sydney on a yearly basis. It features five distinct habitat exhibitions of creatures from Australia’s waters, and it has an underwater display which you can walk through and observe. You can attend the free shows and see how the animals are fed, or listen to one of the many commentaries along the way done by experts.

This is a great place to bring your children and enjoy it as a family. It has all sorts of sharks and colourful fish, giant sea turtles and stingrays, seals and penguins, not to mentions various medusas and marine plants. Since this is a highly popular venue, the best way to get your tickets is online. If you come to Sydney, make sure that you visit this attraction and have fun getting to know the rich and diverse life inhabiting Australian underwater ecosystems.

The Botanic Garden of Sydney is located in the very centre of the city and was opened in 1816. This is one of the most respected and significant scientific and botanical institutions in the world and it occupies 30 hectares of land. The interesting fact is that the Garden once had a zoo which was the first one in Sydney and existed for 21 years, from 1862 to 1883. In 1959 it became the Royal Botanic Garden and in 2014 it came under management of the Botanic Gardens & Centennial Parklands.

The Royal Botanic Garden is open all year and the entrance is free of charge. This is not only a great place to learn about plants, but also a relaxing and serene place to spend some time. Although it attracts many tourists, it is also a very important place for scientists and researchers. If you plan to visit it, bring a book with you and after you’ve seen all of its wonders, have a seat and enjoy some quiet time all for yourself to unwind from stressful work days and the overall busy city life. If you are visiting Sydney, book accommodation nearby through portals like Chatswood serviced apartments so you can visit this place more than once – it’s worth it.

Being the oldest of its kind in the country, the Australian Museum has a distinguished reputation in the world. This renowned institution for natural history and anthropology was renamed from the Colonial Museum or Sydney Museum to the name it holds today in 1836. After 30 years of occupying various buildings, it was gathered under one roof of the sandstone building in 1844 and opened for the public in 1857. Since then, it was expanded to accommodate growing collections and various exhibitions. This is also a very important research centre and possesses over 18 million scientific and cultural objects.

It would be a shame to live in Australia and never visit such a significant institution and learn more about the Australian history, cultures and nature. Schools usually organise excursions for children but there are also tours for adults who want to see and experience the exhibitions of the Australian Museum.

Just like any other big city, Sydney has a lot to offer to its population and visitors. Various cultures make it an international port for different foods and events, as well as a place to meet people from all over the world who decided to live and work far away from home. 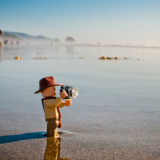 Make Your Family Travel Easier with These Top Tips 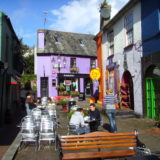 Top 8 Things To Do In Ireland During The Fall Season 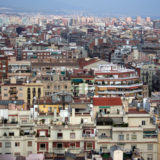 Travel, Things to do around Barcelona