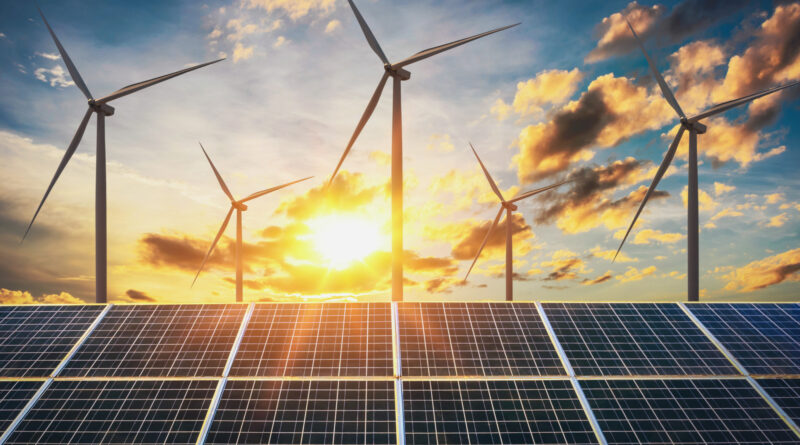 How much do you know about the energy that powers your home or business? We tend to take for granted the fact that our lights will turn on when we want them to, our refrigerator will keep our food cold, and our water will be hot when it comes out of the tap.

While some energy sources are renewable, others are more finite in nature. The type that you use to power your home can directly affect the carbon footprint of your property, as well as its long-term sustainability.

Today, we’re taking a look at renewable vs nonrenewable sources of energy. Read on to discover the facts and differences you need to know.

What Is Renewable Energy?

Renewable energies are generated from natural sources. These are sources that can be replaced in a relatively short amount of time. This way, as these sources are used, they are never totally depleted.

They have a low carbon footprint compared to nonrenewable alternatives and are considered gentler on the environment.

Some of the most common examples of renewable energy include:

You may also hear renewable energy referred to as clean energy. While it’s sometimes considered new technology, the reality is that cultures have been relying on renewables for centuries. There are entire populations that rely on the Earth to supply all of the power they need to heat and cool their homes, illuminate their living spaces, and even transport them to and from locations.

For instance, wind can deliver an adequate amount of power to help boats sail across the sea. It can even generate motion that allows windmills to grind up grain. Likewise, the sun generates power through rooftop photovoltaic (PV) panels, while geothermal power keeps homes comfortable in any season.

While the benefits are obvious, it can be time-consuming and even costly to access some forms of renewable energy. That’s why, over the past five centuries or so, humans have turned toward quicker and cheaper nonrenewable energy sources, like fossil fuels.

Why should you consider renewable energy sources to power your home? Let’s take a look at some of the top benefits that you can expect.

Better For the Environment

Unlike fossil fuels, renewable energy resources are not burned. As such, they do not release any type of damaging pollutants into the air or atmosphere. You also don’t have to worry about contributing to greenhouse gas emissions, which can drive up the temperature of our planet.

As more people continue to adopt them, this can help create a healthier and cleaner environment.

No End in Sight

Another great reason to turn toward renewables? These energy sources can never be depleted! The Earth is constantly making more of them, offering a degree of reliability you can’t find anywhere else.

Even if it rains or snows for a few days, the sun will eventually come back out. It’s a constant source of power that you can depend on to keep your home or office running. If you’re interested in learning more about solar power and the benefits of making the switch, reach out to a reputable local installer, like Blue Raven Solar.

Moreover, these sources are found everywhere around the world. There’s just as much wind in the United States as there is in Europe, though some regions are naturally windier than others.

Lower-Priced in the Long Term

For years, analysts have criticized renewable energy sources as being too costly to tap into on a larger scale. However, this is rapidly changing. Today, there are modern technological advances that make the cost of renewables much easier to afford.

Plus, once these sources are established, related maintenance costs for renewables tend to be relatively low. In many cases, they’re even lower than the cost to replenish nonrenewable energy sources.

In certain renewable sectors, companies require specially trained technicians to harness and maintain the power. One example is biomass energy. This is a type of energy produced by organisms that were either living or once living, such as plants or wood.

Trained scientists can help take crops from their raw form (e.g. corn or soy) and turn them into viable, usable energy that consumers can use. This requirement means that there is the potential for job creation within this realm, which could help stimulate local economies.

What Is Nonrenewable Energy?

Nonrenewable energy sources might power your home, car, or business as well as renewable ones. However, they’re much more damaging to the environment.

These sources are only available in limited amounts. As the supply runs low, it takes a very long time to replenish (if ever). Once it’s depleted, it’s gone forever.

A few examples of nonrenewable energy include fossil fuels such as:

These materials were created over the course of millions of years, in processes that occurred far below the Earth’s surface. We’re using them up at such a quick pace that some people believe they may be totally gone in a generation or two.

Yet, breaking free isn’t as easy as it might seem. Nonrenewables comprise the bulk of the world’s traditional energy sources. Most power plants, industrial plants, and vehicles all rely on them to operate.

While we covered the benefits of renewable energy, those points become even clearer when you understand exactly why nonrenewable should be on the way out. Here are a few of the top cons you need to know.

Certain parts of the world have vast supplies of nonrenewable resources, such as coal. Others have a very limited supply and some regions have none at all. This is in stark contrast to the sun, which is available for anyone, anywhere.

This puts some countries at an unfair advantage, which can cause tensions to brood and conflicts to emerge. Entire wars have been fought over oil, for example.

Damaging to the Environment

There’s a reason why nonrenewable energy is also called “dirty energy”. Not only are we adding greenhouse gases (such as carbon dioxide) into the environment when we burn fossil fuels, but the process of extracting and transporting them can also hurt the Earth.

These processes can erode the land and damage wildlife, especially when issues such as strip mining and oil spills occur.

As mentioned, nonrenewable won’t last forever. These are materials that were formed in prehistoric times, and they can only stretch so far. As we loosen our dependency on traditional fossil fuels, we can move toward a more sustainable and healthier future.

A Note on Nonrenewable Progress

While nonrenewable energy certainly has its disadvantages, it’s important to note that there have been promising changes made within the industry. There are also certain benefits that they can provide over their renewable counterparts.

For one, nonrenewables tend to be more reliable, as they are not weather-dependent. While your solar panels might not work as well when there’s a thick cloud cover outside, you don’t have to worry about that concern with oil, coal, or natural gas.

Instead, you can rest assured that you’ll receive access to continuous, reliable energy when you need it the most. Especially for business owners, this provides a level of assurance that they’ll be able to keep their doors open, reducing the risk of costly downtime.

In terms of environmental control, we can see progress through the work of the carbon, capture, and storage (CCS) industry. Innovative CCS tools are emerging that may allow developers and consumers alike to use fossil fuels without harming the environment

To date, most CCS technologies are limited to coal and natural gas plants. These tools capture carbon dioxide gas before it can escape into the environment. Then, they turn the gas into a fluid state and inject it underground.

Though more research needs to be done before CCS resources can totally alter the nonrenewable sector, they represent a promising step forward.

Renewable vs Nonrenewable Energy: Which One Wins?

In the debate between renewable vs nonrenewable energy, there are pros and cons to consider. While renewable energy can be costlier to procure and operate, it’s much cleaner and better for the environment. Plus, you never need to worry about running out of it!

Nonrenewable energy, on the other hand, offers a more reliable and less weather-dependent source of energy. Though CCS technologies are promising, traditional extraction and transportation methods generate a significant amount of carbon dioxide, which is harmful to the environment.

Looking for more news you can trust? Check out our guides on everything from accessories to yoga! 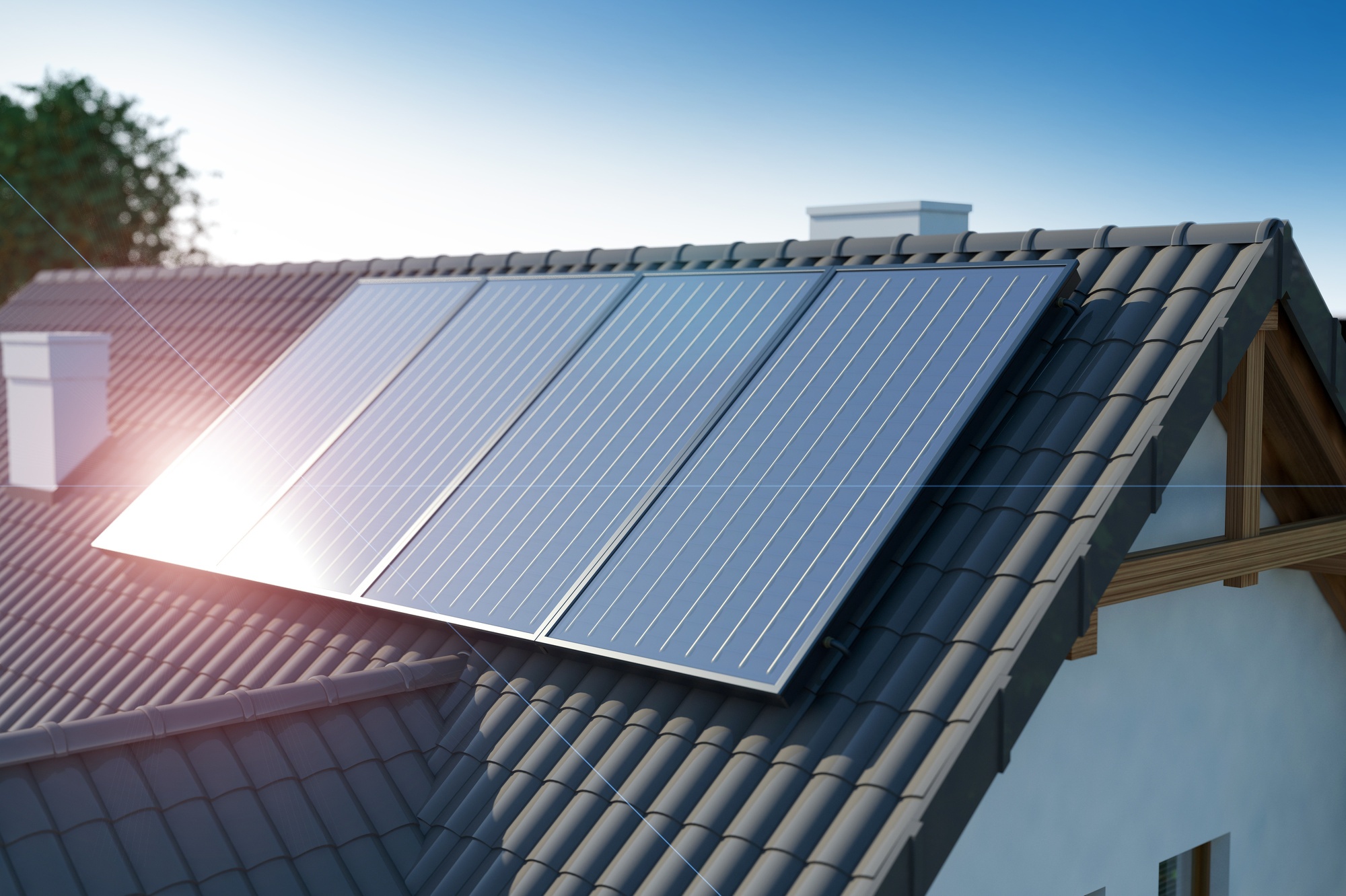 How Big Families Can Conserve Water: 7 Tips And Tricks