Taxi is one of those timeless classics that you can watch over and over again for great entertainment.

The show first roped you in with its brilliant theme song by Bob James. Then there was the amazing ensemble cast featuring largely unknown but extremely talented comedians.

Andy Kaufman, of course, provided absurd comedy in the role of taxi mechanic Latka. But Danny DeVito shouldn’t be discounted, as Louie DePalma would become one of those iconic characters you love to hate.

In this article, we’ll review the best Taxi episodes to take a trip down memory lane. Read on!

Latka can’t wait to be reunited with his former girlfriend from the old country, Simka.

But when she arrives at the garage, Latka is in the bathroom. Alex takes this opportunity to warn her of Latka’s multiple personalities.

Of course, Vic Ferrari shows up to seduce Simka when they’re at Latka’s apartment, much to Latka’s chagrin.

As Tony gets in great shape, Lucius encourages him to get back into boxing. While Tony thinks it’s a long shot, he still manages to get his license back.

A fight is scheduled with an up-and-coming fighter. With Lucius away to Miami, Tony slacks off with his training and gets beat up in the match. Lucius returns just in time to inspire him to victory.

Civil war erupts in Latka’s unnamed homeland. Latka, dressed in full uniform, is ready to go and the gang throws a going-away party for him.

The most hilarious moment of this episode happens when Latka expects Elaine to give herself to him to use as he will.

Another interesting tidbit is that we see a map of Latka’s home country. In the end, upon seeing the battle plans, Latka simply decides to go home and watch TV.

Tony takes a young heavyweight boxer under his wing and becomes his manager. However, things don’t quite turn out the way he anticipated.

After the boxer wins a big fight, “the syndicate”, takes over the protégé’s management by making Tony an offer he can’t refuse.

Lives have changed since the first few episodes of Taxi. Back then, it was a mosaic of character pieces that described what cabbies are like, both on and off the job.

This episode perfectly embodies this early trend. Louie is disappointed because he can’t attend his high-school reunion, which was the perfect occasion of getting back at his tormenters.

The cabbies decide to help him: Bobby is going to pretend to be Louie in a hilariously absurd scheme.

The entire reunion devolves into chaos in a definite win for Louie.

It wasn’t easy to select the very best Taxi episodes but this list will provide you with some of the best comedy on the show.

Make sure to browse the rest of our website for amazing lifestyle tips. 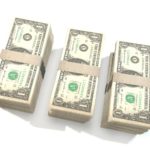 Ways to get ahead of the tax game

Taxis & Cabs – 8 Trends That Are Changing The Transport Industry

Love and Support in Healthy Relationships 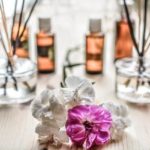 Attractive Home Accents That Will Enchant Your Living Room