Skip to Content
Home Bingo Bingo Around The World

Terri's Little Haven Leave a Comment on Bingo Around The World

Bingo is a game of luck and like most forms of gambling it has proved a hit around the world. It’s a simple game with universal rules, but even so, different versions have developed and some forms of the game are more popular than others, in different countries across the globe – play here. One thing that is consistent about bingo no matter where it is played, is that it is a social game. It’s a favourite and gentle way for the elderly to pass their time with each other, or a vibrant part of a lively night out for the younger generation.

Where It All Began

The origins of bingo can be found in the ever-popular lottery game that out-dates bingo. Italy is where the journey of the modern bingo game started. The invention of bingo can be traced back to a form of a national lottery that was played in Italy in 1530. It was called Lo Giuoco Lotto Italia and was a very popular game with the Italian population.

In the late 1770s the lotto game spread out of Italy and was especially popular in France. The French took the game of Lo Giuoco Lotto Italia and modified the cards to resemble those used in modern 90-ball bingo today. Bingo still remains popular in these two homelands of the game, although they have followed most other countries, with the popularity of the game being more focused now online. Although Japan came in late to bingo, the game has really taken off there and again it’s the online version that is preferred.

Bingo In The UK

Like most forms of gambling, the British public took to bingo in a big way too as it made its way to the UK after going through some subtle changes in France. It was very popular even before the invention of online gambling. The UK has become a pioneer in bingo lingo and has one of the most extensive bingo vocabularies anywhere in the world. In the UK the game of choice is 90-ball bingo. It consists of 90 numbers and is suited to both bingo halls and virtual bingo venues. Numbers are displayed randomly across 9 columns, with 5 numbers in each of the 3 rows. The first winner is the player who completes a horizontal row of numbers. The winner of the grand prize on offer must match every single number on the card for a full house.

80-ball bingo is also very popular in the UK and this form of the game was created for online bingo platforms. 80-ball bingo uses a 4×4 card and winning patterns include 4 corners, single numbers, horizontal lines and vertical lines.

In America 75-ball bingo is king. With this version, winning combinations include having a full row of numbers on your card, up, down or diagonally. Some versions of the game allow for different patterns of number sequences to complete rows. The 75-ball bingo card consists of a 5×5 grid with 25 squares. The centre square is left blank whist the others contain 24 numbers. 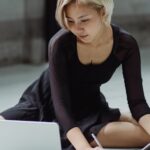 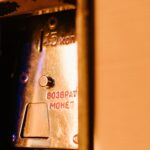 Slots that Raised Controversy on their Release 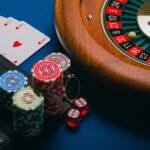