A lot of people, unfortunately, suffer from poor or erratic sleep schedules and may not know why. While there are a lot of people who suffer from legitimate sleep disorders, the majority of people don’t. That doesn’t mean that there isn’t something that’s preventing them from getting a good nights sleep, however. This can lead many people to think about what causes night sweats so that they can figure out what’s wrong with them.

But that doesn’t mean that the cause is complex; in a lot of cases, an irregular sleep schedule could be because of a diet or lifestyle. That doesn’t mean you’ve got to completely change your diet and exercise, however. There are a few things that you can do to make sure you’re not twisting and turning throughout the night.

This one is pretty obvious, as many people know that caffeine helps to keep people awake. However, what many people realize is that you should stop drinking coffee a lot earlier in the day than they think. This is because caffeine can stimulate your nervous system for up to six hours after you drink it. Then there’s the fact that it prevents your body from naturally relaxing throughout the evening.

With those two reasons in mind, it can often take between six and eight hours after drinking caffeine that its effects wear off so that you can get a proper night sleep. This may be one of the reasons that you’re tossing and turning in the night.

Try To Sleep & Wake At The Same Times

Our bodies naturally try to align themselves with sunrise and sunset so that your inner clock knows how to feel during certain parts of the day. For example, people whose natural clocks are perfectly aligned with sunrise and sunset should have no problem falling asleep at night and getting a full nights sleep. However, the reverse is true for people whose inner clocks aren’t in sync.

However, the best and easiest way to combat this is by trying to sleep and wake up at similar times every day and night. This will reset your inner clock so that you’ll begin to feel tired at an appropriate time relative to when you want to sleep. While it may take a little while, eventually your sleep schedule will begin to go back to normal.

Don’t Eat Late In The Evening

A variety of studies have shown that eating too close to when you want to head to sleep can be detrimental to your sleep schedule. Some of these have also managed to highlight that what you eat may also have a significant role in how much it affects your sleep. This may be due to the fact that the majority of foods help to release energy in your body; because of that, this energy may be what’s causing you to stay awake.

With that in mind, many sleep analysts have recommended that you stop eating several hours before you go to bed. This way you’ll still be able to have a significant meal in the evening but leaving a big enough gap for you to relax before bed afterward.

Exercise, But Not Before Bed

Exercising can be one of the best ways to your body ready to sleep in the evening, and that’s led many people to assume that exercising right before bed would be a good thing. The majority of these studies have shown that exercising regularly reduced the time it took to fall asleep by 55%. It also reduced the amount of wakefulness in participants significantly, and those studied also slept an average of 18% longer. However, that doesn’t mean that people should exercise too close to bedtime. Exercising can stimulate your brain and your body, which can take a while to calm down. The majority of the positive results were caused by exercising during the morning or early daytime, meaning that participants were able to relax well afterward.

Many things can get in the way of sleep, and it’s normal to lose a few nights of sleep when you’re overly stressed. However, persistent sleep problems accompanied by specific symptoms can be a sign of a sleep disorder. For example, sleep apnea, one of the common sleep disorders that affect millions of Americans, is characterized by certain symptoms, including the following:

If you suspect you have sleep apnea or another sleeping disorder, consult your doctor immediately. The sooner you get diagnosed, the earlier you get treatment and improve your quality of life.

By using each of these tips and tricks, you should be able to get back to a proper sleep routine in next to no time. Since sleep plays such an essential role in our overall health, it’s vital that you try to maintain a high-quality sleep routine as much as possible. Following those proven sleep tips is definitely the best way to start. 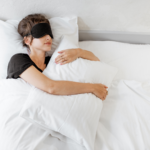 How to Inculcate a Better Sleep Hygiene 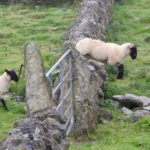 Tired Of Counting Sheep? Here’s How To Really Get To Sleep 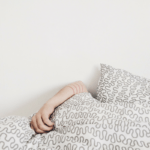